ENBIS will dedicate this webinar to the memory of Sir David Cox, who sadly passed away in January 2022. 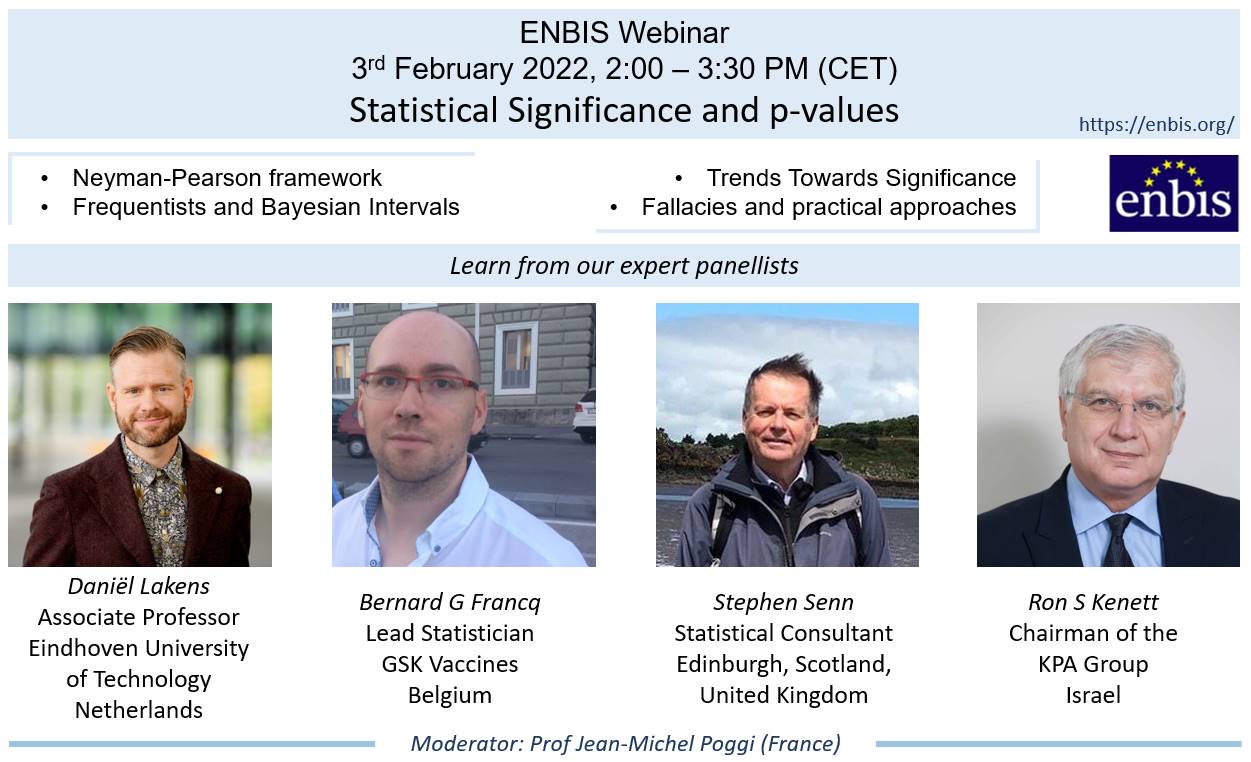 Daniel Lakens is an experimental psychologist working at the Human-Technology Interaction group at Eindhoven University of Technology. In addition to his empirical work in cognitive and social psychology, he works actively on improving research methods and statistical inferences, and has published on the importance of replication research, sequential analyses and equivalence testing, and frequentist statistics. He was involved in establishing dedicated grants for replication studies by the Dutch science funder NWO, and with Brian Nosek co-edited a special issue with the first Registered Reports in psychology in 2014. His lab is funded until 2022 by a VIDI grant on a project that aims to improve the reliability and efficiency of psychological science. He teaches about better research practices on Coursera, and received the Leamer-Rosenthal Prize for Open Social Science in 2017 for his course ‘Improving Your Statistical Inferences’ in which more than 50.000 learners have enrolled.

Stephen Senn has worked as a statistician but also as an academic in various positions in Switzerland, Scotland, England and Luxembourg. From 2011-2018 he was head of the Competence Center for Methodology and Statistics at the Luxembourg Institute of Health. He is the author of Cross-over Trials in Clinical Research (1993, 2002), Statistical Issues in Drug Development (1997, 2007,2021), Dicing with Death (2003). In 2009 was awarded the Bradford Hill Medal of the Royal Statistical Society. In 2017 he gave the Fisher Memorial Lecture. He is an honorary life member of PSI and ISCB.

Ron Kenett is Chairman of the KPA Group, Israel, Chairman of the Data Science Society at AEAI, Senior Research Fellow at the Samuel Neaman Institute, Technion, Haifa, Israel. and Research Professor at the University of Turin, Italy. Authored and co-authored over 250 papers and 16 books on applied statistics topics, Awarded the 2013 Greenfield Medal by the Royal Statistical Society and, in 2018, the Box Medal by the European Network for Business and Industrial Statistics. Ron is emphasizing the role of information quality as an objective of statistical analysis.