ENBIS Webinar: 'Statistical Analysis and Data Mining' is a Place You Want to Publish

Statistical Analysis and Data Mining (SADM) is a relatively recently established journal that covers many aspects of methodology for data analysis from the machine learning and data science perspective. It is broad enough to include more than this suggests provided the contribution is sufficiently novel. The journal is streamlined so that papers that are more appropriate are published faster. The style of refereeing is intended to be non-confrontational and constructive. Above all, SADM seeks novel contributions that are persuasively justified.

Clarke earned his PhD in Statistics and the University of Illinois at Urbana-Champaign under Andrew Barron in 1989. His thesis work won the Browder J. Thompson Award from the IEEE in 1990. He worked at Purdue University, the University of British Columbia, and the University of Miami before becoming Chair at the University of Nebraska-Lincoln. He had a sabbatical at University College London 1997-8 and later at SAMSI/Duke/NC State in 2003-5 and visited the Newton Institute in 2008. He is Fellow of the ASA, IMS and ISBA, and senior member of IEEE. He has co-authored two books, produced 12 students (MS, PhD, post-doc), and served on numerous editorial boards, currently EiC for Statistical Analysis and Data Mining. 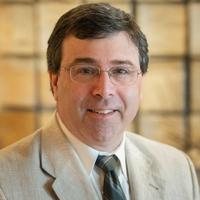